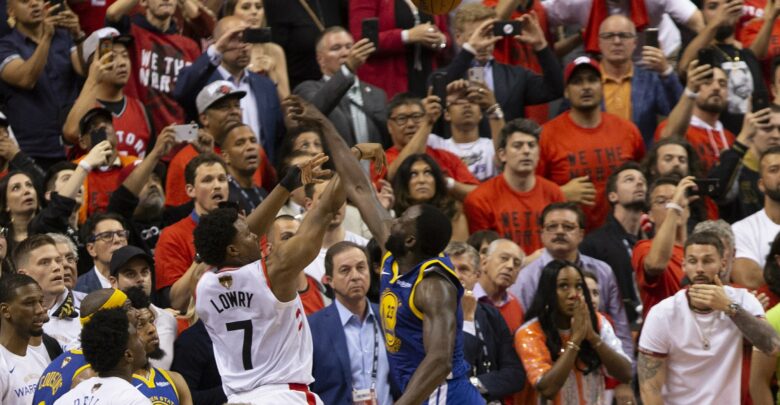 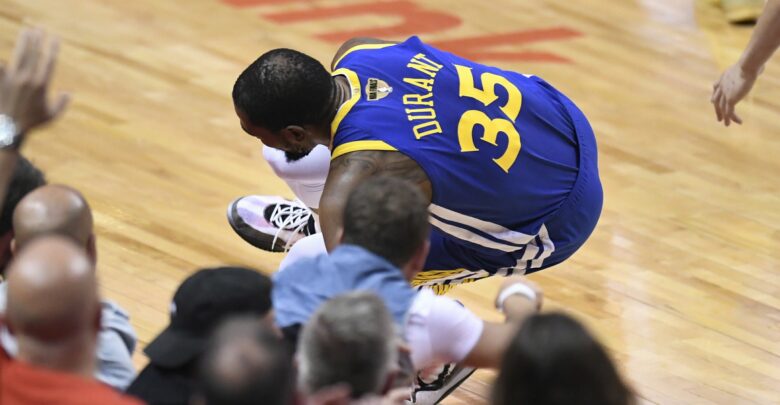 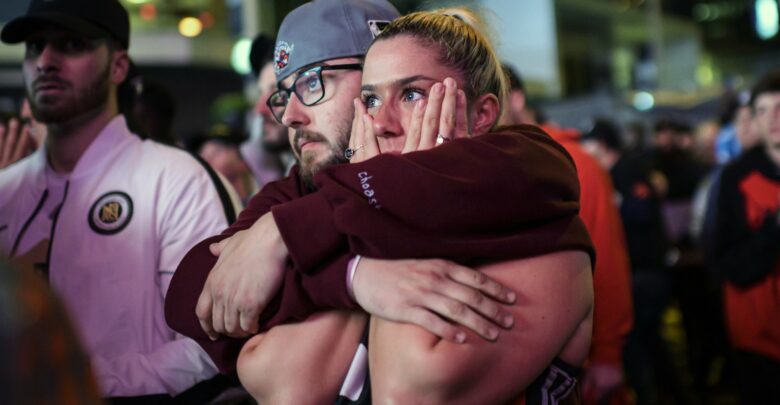 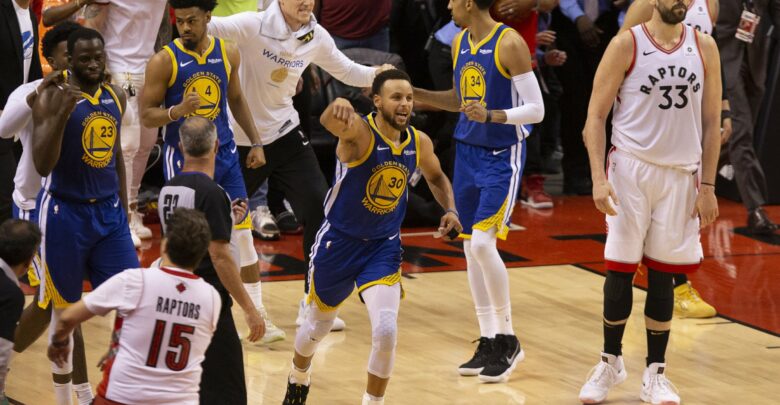 With Stephen Curry and Klay Thompson shooting and Draymond Green swatting, the champions found a way to win even after a gut-wrenching loss.

Curry scored 31 points, Thompson added 26 and they led a season-saving surge long after Kevin Durant was injured again to give the Warriors a 106-105 victory over the Toronto Raptors on Monday night in Game 5 of the NBA Finals.

Devastated by the loss of Durant, the All-Stars that the Warriors had left made sure there was celebration along with their sadness, pulling out what Green thought had to be the greatest win during their run to five straight NBA Finals.

“When you’re down six with a couple minutes to go in an elimination for these guys to win a championship, we could have thrown in the towel. We could have folded, but we didn’t,” Green said. “I said it before: I’ve never seen this group fold. And that stands true still.”

Curry and Thompson, nicknamed the Splash Brothers, combined for three straight 3-pointers in the closing minutes after Toronto had taken a six-point lead with under 3½ minutes remaining in front of a raucous, red-shirted crowd.

“Even going down six with three minutes left, their ball, we didn’t panic,” Thompson said. “We just do what we do.”